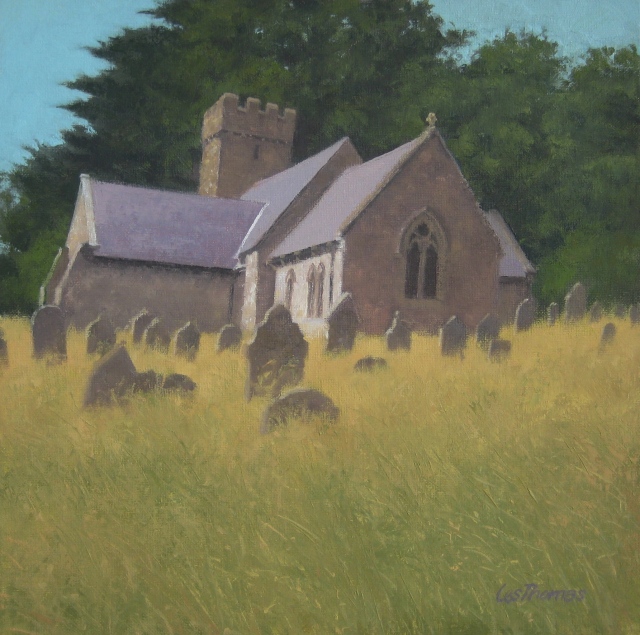 St Andrew’s is a Norman church of the early 12th century, situated in the hamlet of Penrice, Gower, a mile or so from the sea at Oxwich Bay. It was renovated in the late 19th century at the expense of Miss Emily Talbot of Penrice Castle. It has an unusually long porch, shown to the left in the painting, which is thought to have been used as a school during the 17th century. I’ve drawn and painted this subject several times in both oil and watercolour. On this occasion I was attracted by the long summer grasses of the cemetery.